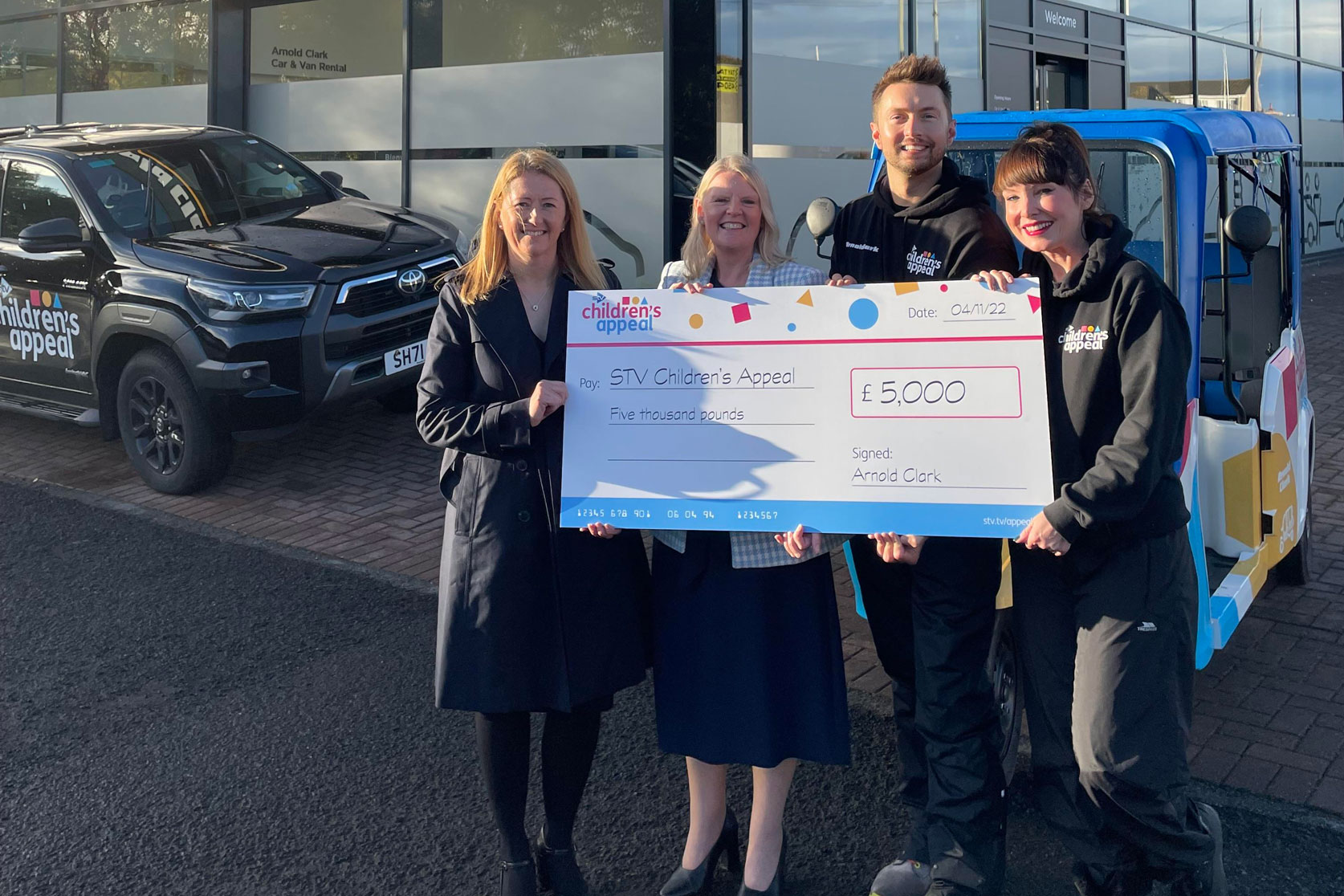 Popular STV presenters Sean Batty and Laura Boyd have travelled over 100 miles in a TukTuk to help raise money for charity.

The pair began their journey in Oban before ending it four days later at an Arnold Clark Car & Van Rental branch in Dundee.

However, it wasn't that straightforward for weatherman Sean and entertainment reporter Laura who had to battle the torrential wind and rain while in the vehicle, which had no windows or doors and a top speed of 30mph.

Throughout their journey, the pair were set challenges, which involved them getting soaked and gunged. But it was all for a good cause, as they raised money for STV Children's Appeal.

And at the finish line, Arnold Clark also presented the STV duo with a cheque of their donation to the cause.

Supported by STV and the Hunter Foundation, the STV Children's Appeal is campaigning to raise awareness and funds to tackle the serious issue of child poverty in Scotland. Every penny donated goes directly to helping the most vulnerable children in Scotland.

A grand total of £4,336,105 was raised by the STV Children’s Appeal throughout 2021 – its tenth year – bringing the total amount raised by the appeal since its formation to over £29 million.

STV Children's Appeal telefundraiser, hosted by Lorraine Kelly, is due to air on STV on Friday, November 4th.