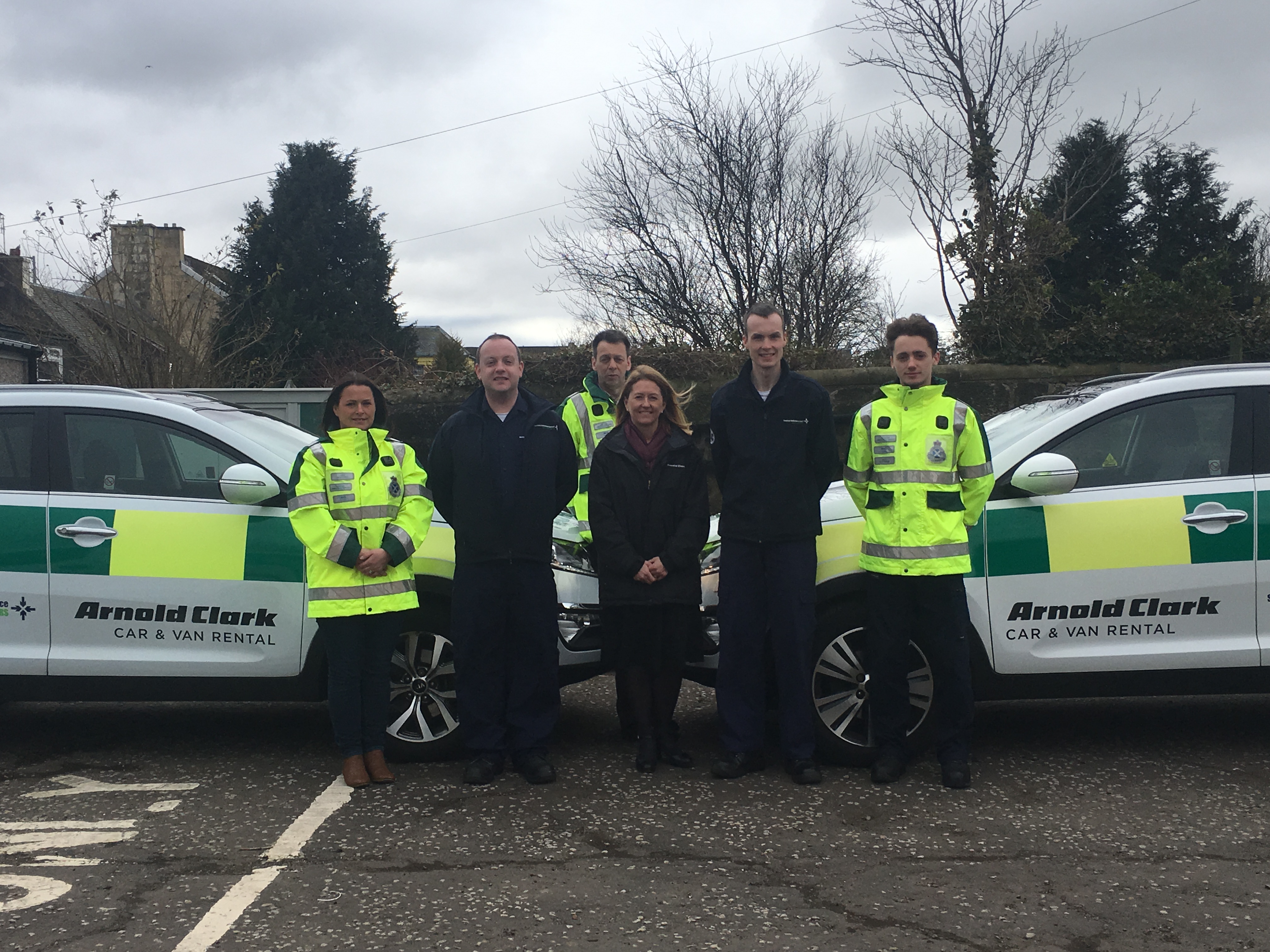 Neilston and Uplawmoor First Responders work in partnership with the Scottish Ambulance Service and operate on an entirely voluntary basis in East Renfrewshire, East Ayrshire and the surrounding areas.

The first responders received two Toyota Rav 4 hybrid cars which have been chosen specifically by experts and customised by Arnold Clark Car & Van Rental. The vehicles will allow the group to tackle all weather conditions and have specially added reflective livery for better visibility in the dark.

Margaret Speirs, Arnold Clark Car & Van Rental Operations Manager, presented the cars at the First Responders’ base in Neilston at the launch of the group’s Public Access Defibrillator campaign.

Margaret recently met with the team to find out about the work they do and was amazed by the First Response group’s ‘tireless enthusiasm and determination’ in ensuring the community has early access to medical assistance when it is needed most.