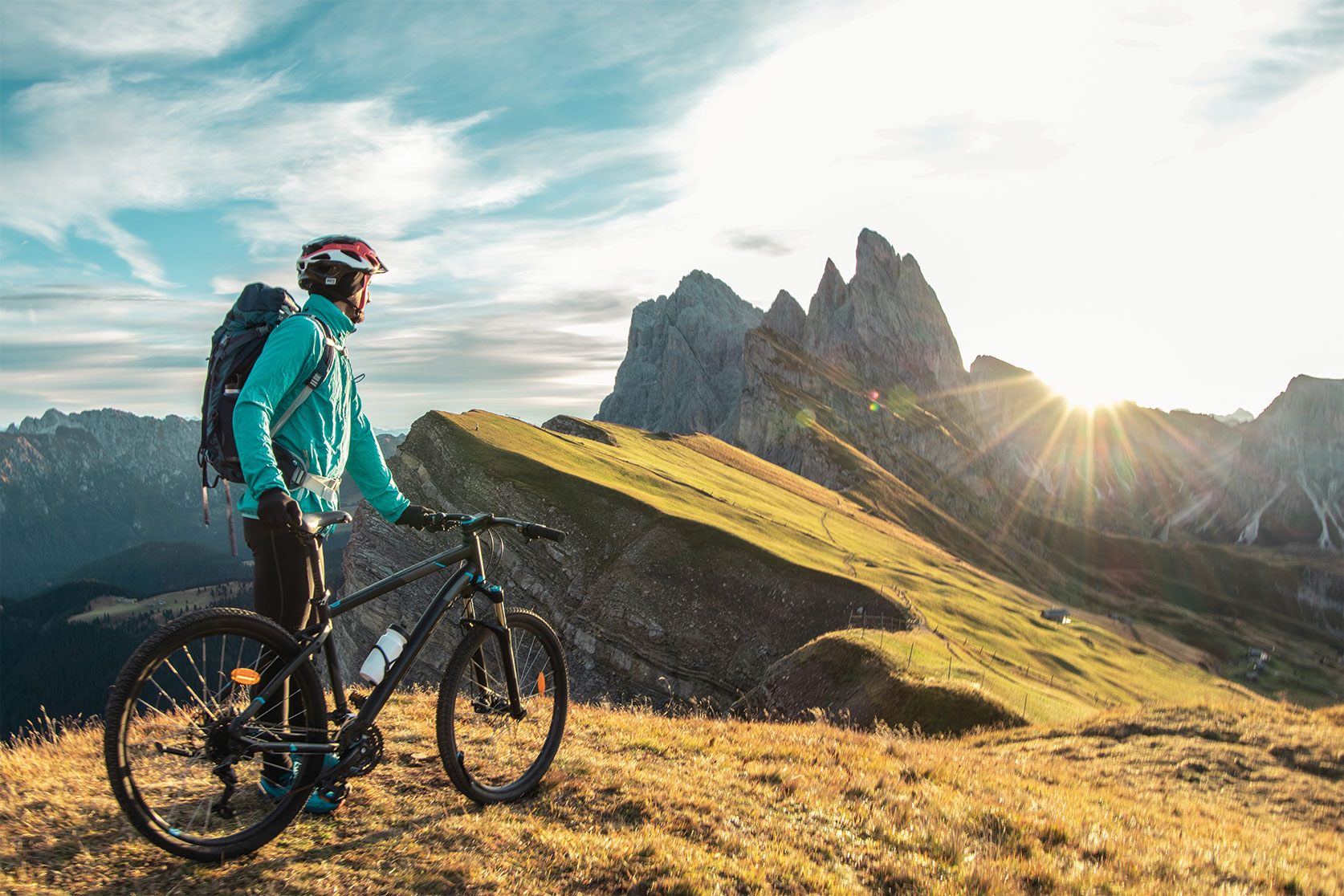 We've checked out our best bike friendly rental cars for you!

With the road cycling season already underway, you might be inspired to look out your Lycra shorts, dust off your cycle helmet with rear red reflector and eat up the miles on two wheels.

But before you go joining the circuit, you’ll need to look at the big picture and seek out a cycle-friendly car that gets you to and from the race in comfort and space. Here are some of the swiftest and roomiest cars for you, your bike - and when the rules allow - your support crew, too. 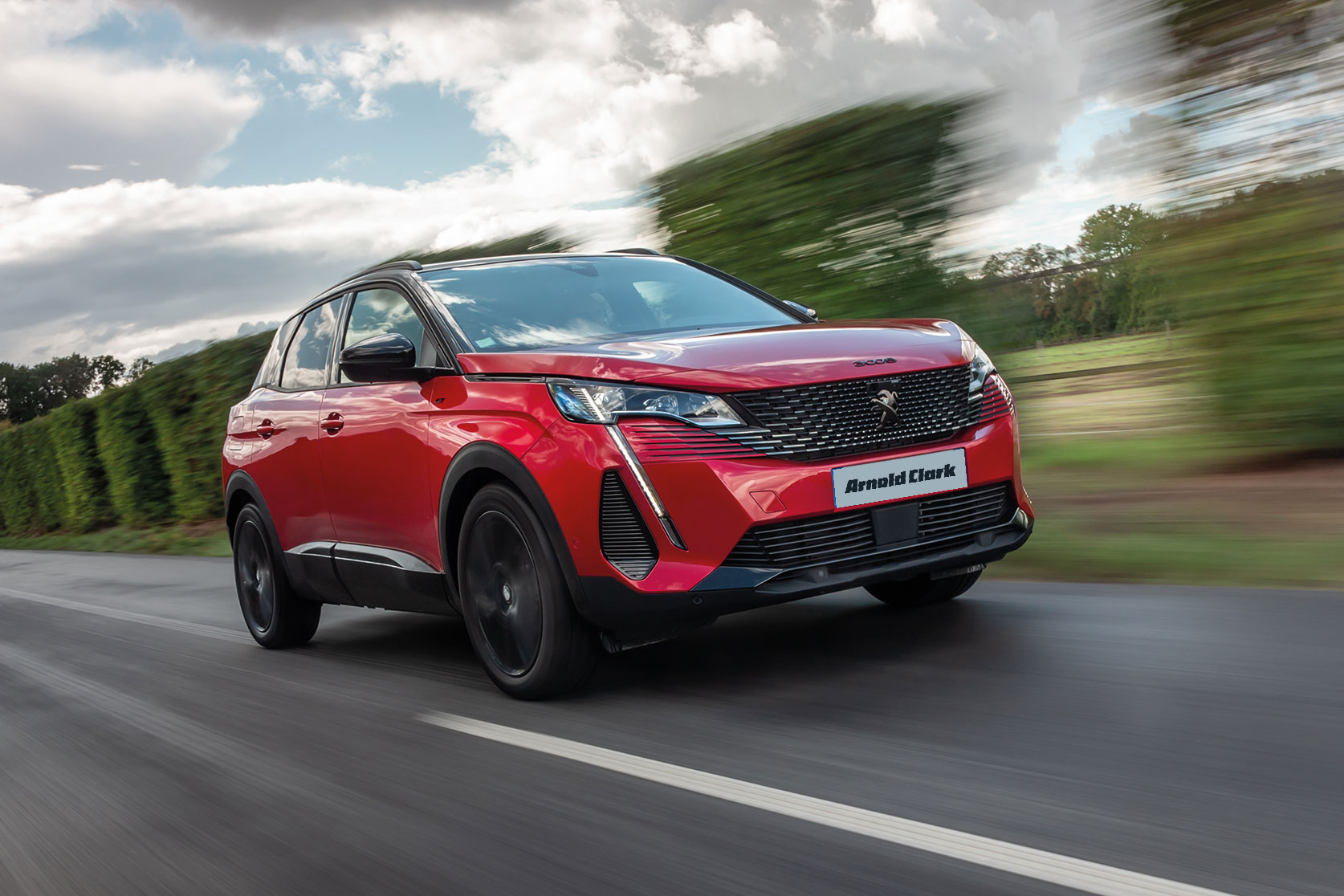 France isn’t just a cycling nation, it’s perhaps *the* cycling nation, and it’s no surprise many of its most historic car manufacturers have dabbled in bike production down the years. One such brand is Peugeot whose 3008 SUV model is absolutely perfect for carrying bikes, allowing you to combine comfortable long-range driving with a biking breakaway.

Making this SUV your cycling holiday car ensures you’ll step out of the peloton and into your stride. It’s a vehicle designed not just for the whole family, or you and your cycling crew, but for carrying bikes too, with a cavernous 520-litre boot that makes it perfect for a folding bike. Alternatively, with the seats folded down, it’s a dream for carrying bikes for you and your front passenger on day trips away. 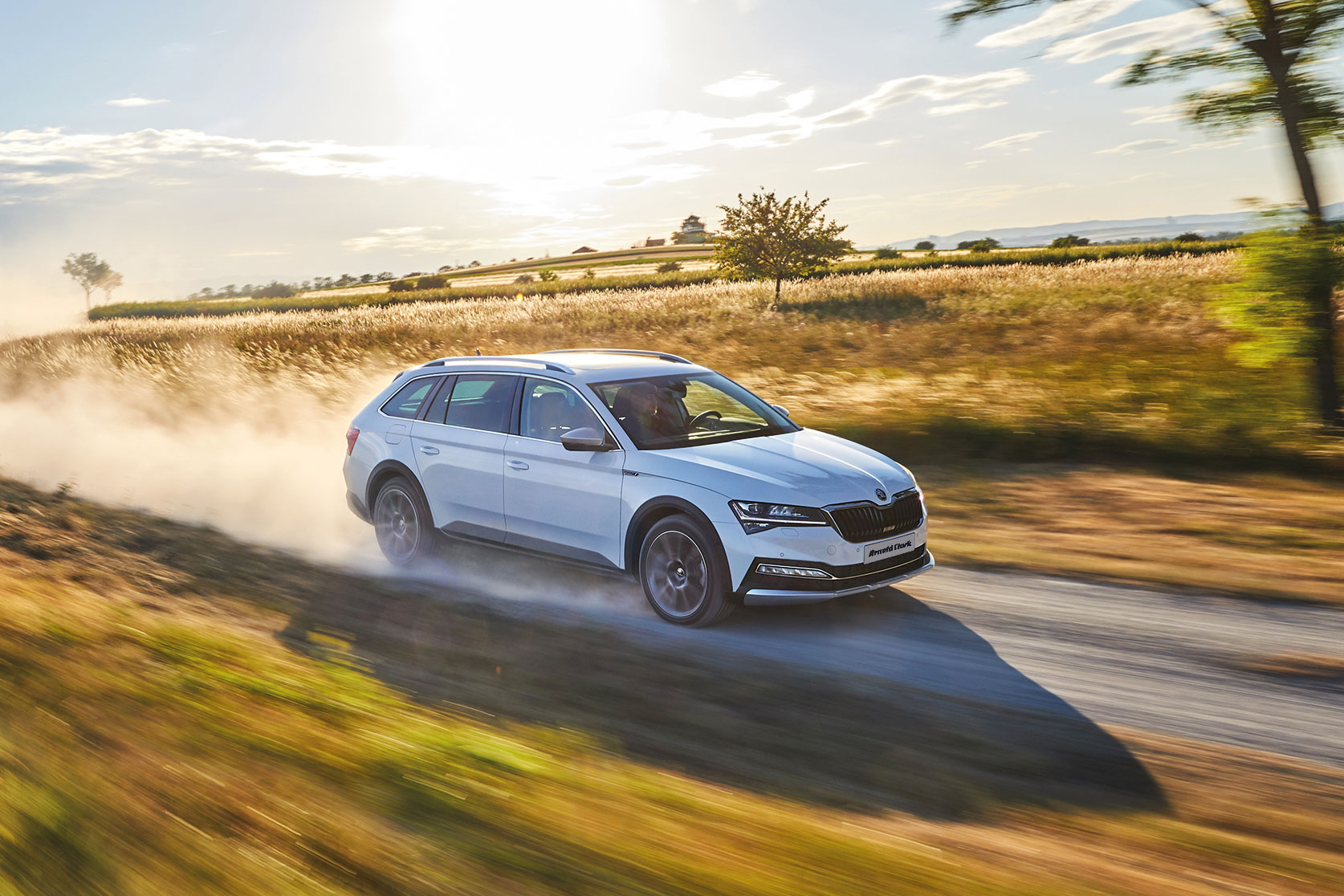 In its early years, it wasn’t cars rolling off the Czech manufacturer’s production line, but bicycles, and their close association with elite cycling continues in their sponsorship of the Tour de France, the most famous cycling event in the world. Leading the riders off at every stage, the race director emerges from the Superb through the car’s panoramic sunroof to wave the chequered flag and set the peloton on their way, from day one, to the processional final stage in Paris.

The ŠKODA name adorns the famous green jersey for the fastest sprinter at Le Tour, and the Superb estate shows its speedy credentials, coming in three engine sizes: a 1.4-litre option; various 1.5-litre 150bhp offerings in manual and automatic; and 2.0-litre TDI in the top-of-the-range Laurin + Klement spec, ensuring that whether on the autoroute or the foothills of the Pyrenees, it always keeps up with the pack.

And while it might be a champagne car on tour, with its gleaming crystalline-style brake lights, it has substance beneath the exterior fizz. The Superb’s most important feature for cyclists is undoubtedly its boot space, offering an impressive 600 litres’ worth – and the option to almost triple that to 1,950 litres with the seats folded down – perfect for carrying a bike at the end of a long cycle far from home. 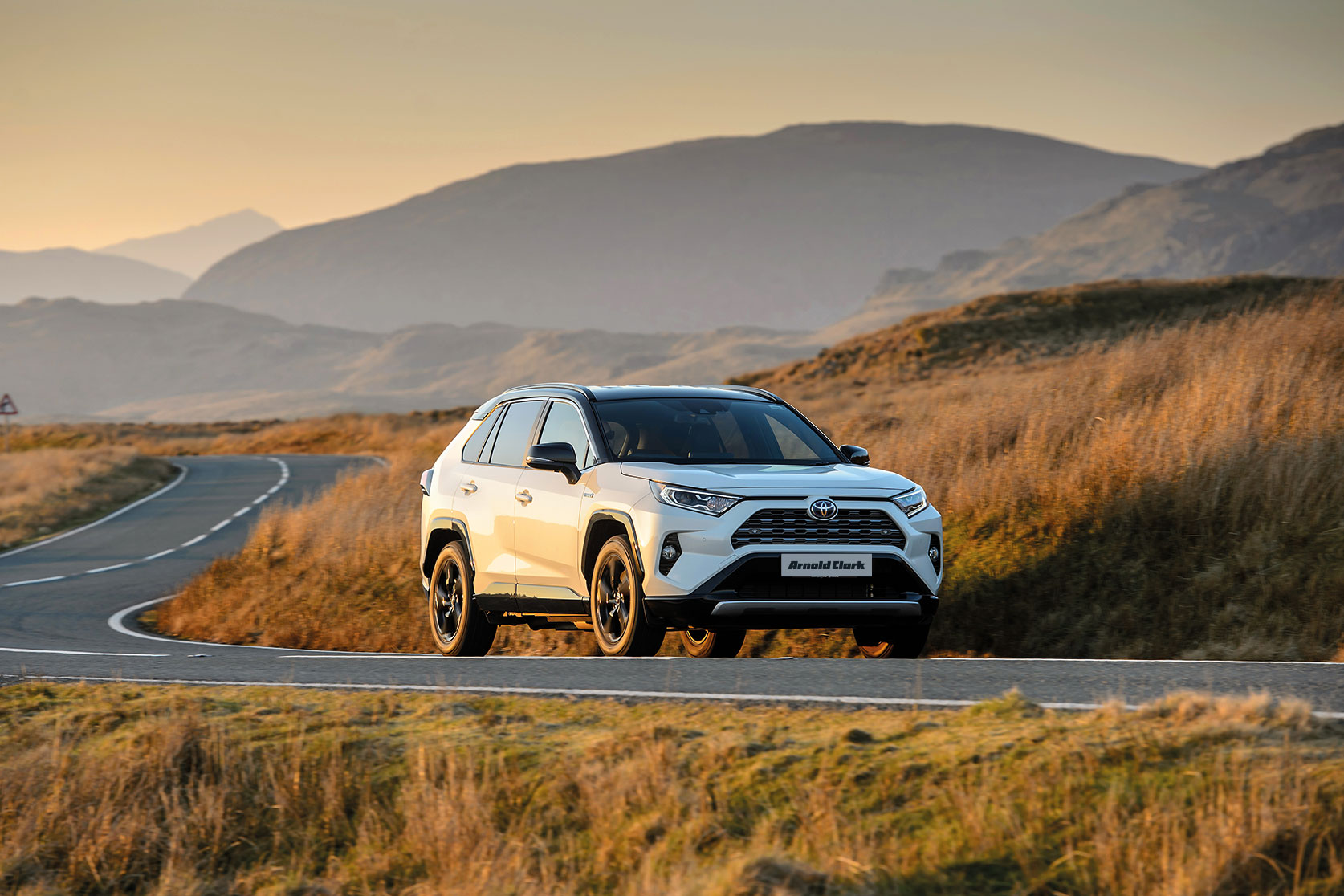 The RAV4 hybrid comes with an 8-inch touchscreen as standard and a stunning digital cockpit, meaning riders can get out of the saddle, into the cabin, and carry a bike and its equipment safely home, all in the comfort of a tech-laden interior.

And whether you’re moving mountains in the Giro d’Italia or darting over dales in the Tour de Yorkshire, those 20% gradients needn’t be a worry, with the RAV4’s steely-strong Hill-start Assist Control (HAC) making it a real race leader for versatility. And bad weather conditions won’t even blur the race picture as you storm to the stage finish with a clear view of the road, with the RAV4’s super-responsive auto wipers.

And while this hybrid performs well for fuel economy, offering over 55mpg, its boot space is range-competitive too, with 580 litres of capacity – and almost 1,700 litres of room with the rear seats down – meaning you’ll fit all your cycling essentials, and your trusted racing bike, in the boot with ease, and you can still invite a passenger for company. 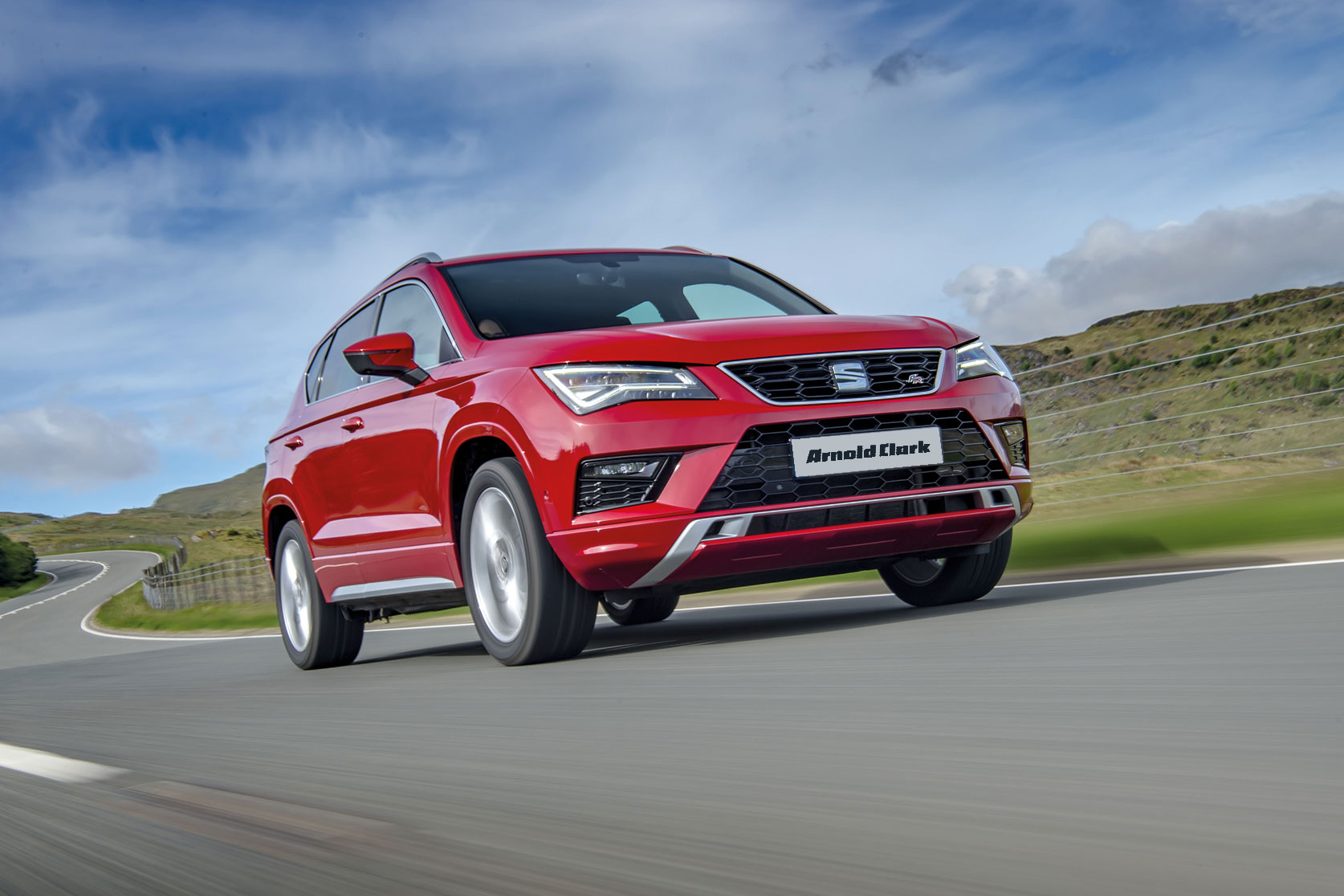 A small SUV proving popular in the UK, the SEAT Ateca is a nimble yet substantial vehicle that handles well even in rapidly changing terrain

SEAT’s native Spain is home to the annual Vuelta a España, the last of the three Grand Tours of cycling in the calendar, and is renowned for its gruelling hilly climbs. But with its DSG (dual switch gearbox) automatic shift, available in FR trims and above, giving an even smoother gear transition, you’ll stay King of the Mountains – however quad-burning the ascent is on two wheels. And because the rain in Spain in fact falls mainly on its mountainous regions, rain and light sensors in the sporty FR (available with the Convenience Pack) will help the car respond to any unexpected downpours.

Cyclists notoriously burn off more energy than consumed when on tour, so you’re going to need somewhere to put your snacks. The Ateca’s brilliant storage cubbies will allow you to refuel properly when you’re back in the cabin – your bike comfortably resting on the fold-down seats with its cavernous 1,604 litres of capacity – and firing up the Automatic Climate Control to warm up or cool down. Whatever the season, the Ateca’s got you, and your bike, covered. 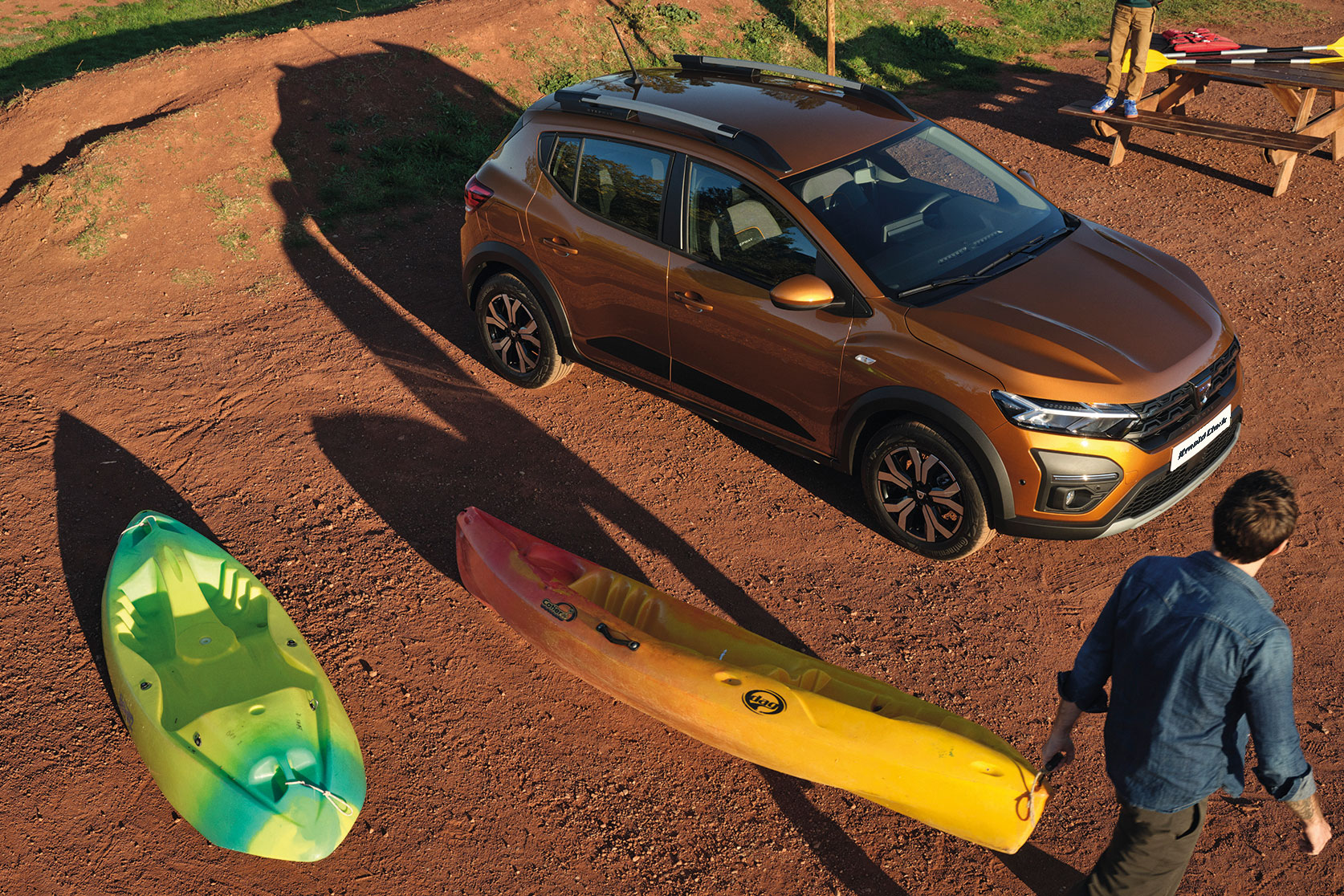 You might not be driving as far across Europe as the Carpathian Mountains for your cycling fix just yet, but there’s plenty for cyclists and their support teams can enjoy about this spacious vehicle from the Renault family, which takes its name what the Romans called modern-day Romania.

Firstly, excellent space means it fits the bill for carrying a rider to and from their destination – and a precious carbon-fibre bike – in its 573-litre boot, with a gargantuan 1,518-litre space with the rear seats folded down still leaving room for company on the drive home.

And with the Logan’s superb fuel economy, surpassing 62mpg in the 1.5-litre Blue DCi diesel option, making it super-cheap to run, you can roam the roads with peace of mind when you’re looking for some great training climbs and tricky downhills.

Its rugged look, with strong body work and chrome panelling spanning the entire front grille between its two boldly shaped headlights, means the Logan’s run will be every bit as eye-catching as your sprint finish. 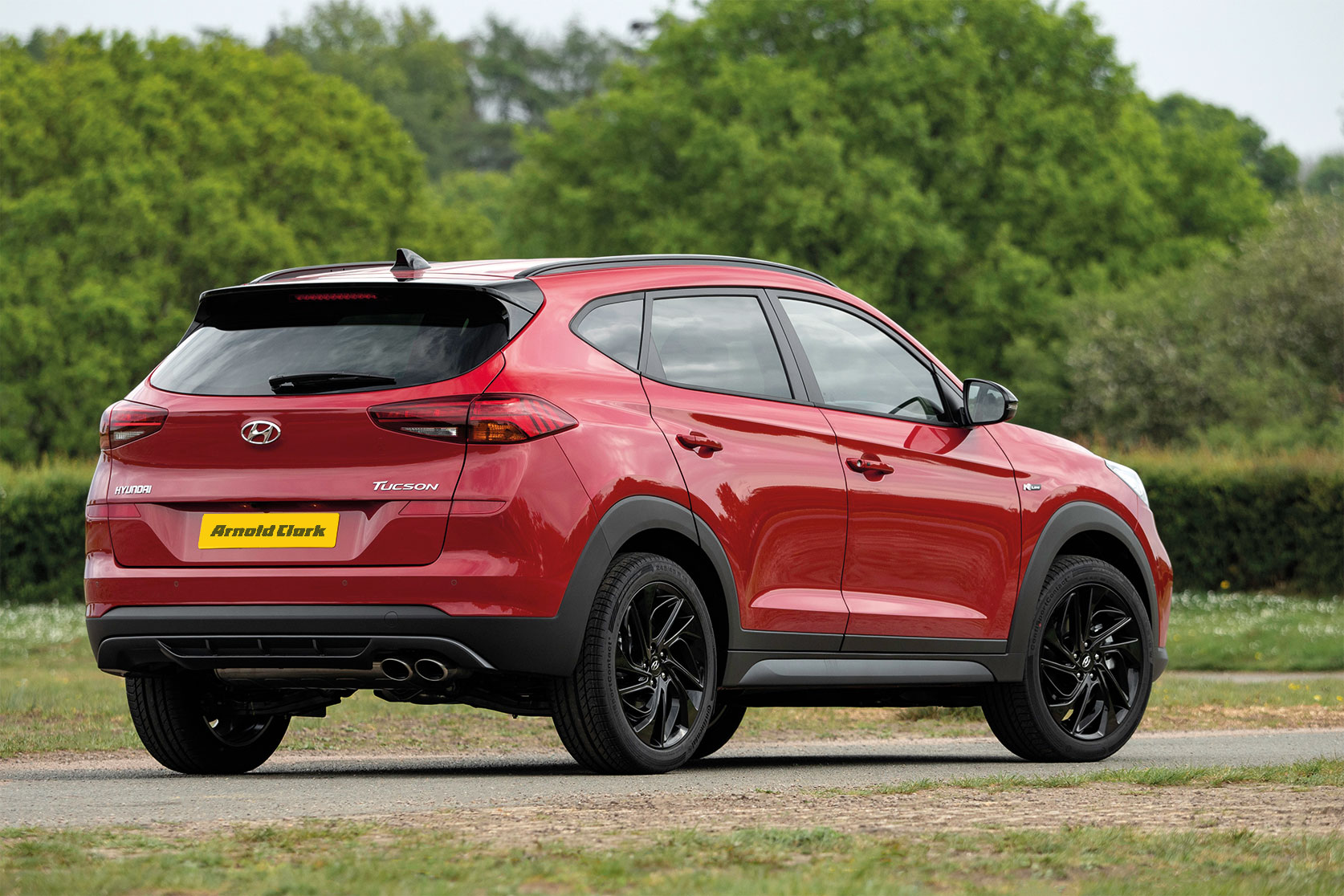 This imposing SUV is another car ready to meet the demands of a tour, with strong-looking body work backed up by a high ride height that gives the driver an enhanced view of the road ahead, meaning greater control in the maelstrom of a bike race. What’s more, drivers can take advantage of its cruise control and speed limiter functions, which come as standard, to maintain steady progress in anything from undulating trails to flat expansive roads.

Meanwhile, the Tucson’s powerhouse four-wheel-drive, 2.0-litre diesel option, offering 182bhp, could even tow heavy loads for the race stages ahead, made more manageable by the car’s trailer stability assist tool. It also offers immense room in the cabin for stowing away bikes and spare parts, with 1,478 litres of space in the four-wheel-drive option provided thanks to its flat-folding rear seats.

And if you’re in need of connectivity, this car has Apple CarPlay and Android Auto built in as standard, allowing you to connect navigational apps, or play motivational tunes through the six-speaker sound system. This indomitable SUV will make a perfect partner, for training, and race day.