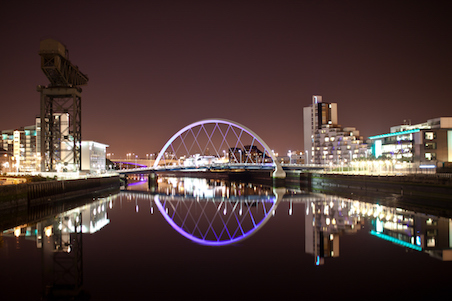 Glasgow’s getting ready to host the inaugural European Championships this summer. The 11-day event will take place in sporting venues across the cities of Glasgow and Berlin from the 2nd - 12th August 2018.

Glasgow and Berlin will be the first cities to host the European Championships, an exciting new sporting event that brings together Europe’s sporting elite in athletics, aquatics, cycling, gymnastics, rowing, triathlon and golf. Berlin will host the athletics with all other events taking place in Glasgow.

Glasgow will be debuting some exciting new sporting venues, including an Olympic-standard BMX track in Knightswood. The majority of locations will be the same as those used for the 2014 Commonwealth Games.

The opening ceremony will take place on Wednesday 1st August in the heart of Glasgow’s city centre at George Square. ‘The Great Big Opening Party’ will see music and cultural performances in celebration of the European Championships coming to Glasgow.

Don’t worry if sports aren’t your thing. As part of the city’s cultural programme, all Glasgow pubs, clubs, restaurants and hotels will be able to open for an extra hour during the championships.

Margaret Speirs, Operations Manager for Arnold Clark Car & Van Rental, said: ‘We’re all really excited about the European Championships. What an honour it is for Glasgow to be the very first city to host an event of this scale. As always, we’re delighted about the boost this will give to the Scottish tourism industry. After the success of the Commonwealth Games, Scotland is now gaining the sporting recognition it deserves’.

If you’re attending the European Championships this year, why not hire a car from us? You’ll find us in all major Scottish airports, which makes hiring with us the perfect way to attend all the events.

Got some time to kill in between the sporting events? Read our guide to Glasgow and find out the best places to see, eat and drink.