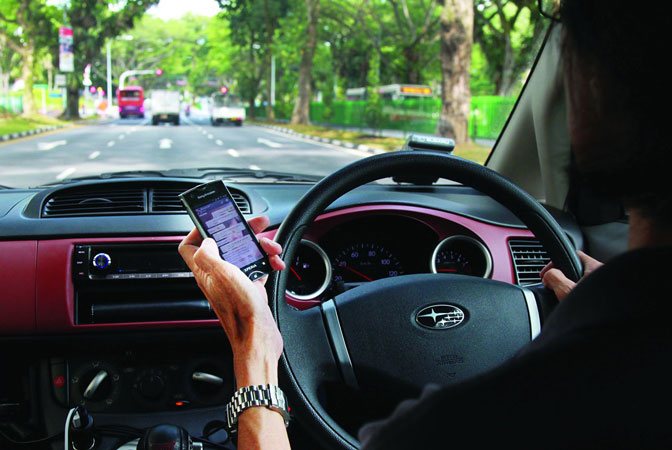 Don’t use your phone when driving, unless you want to be fined at least £200.

A new law is coming into force in the UK next week, promising bigger charges and penalties for drivers who use their mobile phone behind the wheel.

From 1st March, the new law will ensure that accidents caused by mobile phone use are kept to a minimum.

Chief Superintendent Andy Edmonston, Head of Road Policing for Police Scotland, said: ‘The risks associated with using a phone while behind the wheel have always been very clear.

‘Distraction reduces hazard perception and increases reaction times in a similar way to drink-driving, making drivers much more likely to cause deaths and injuries. Drivers who think they can multi-task are fooling themselves: research shows 98% are unable to divide their time without it affecting performance. Talking on a phone hand-held or hands-free, texting, emailing, adjusting sat navs, eating, drinking and smoking are all proven to increase crash risk.’

Police will be carrying out extra checks on drivers and will have the power to prosecute.

Police Scotland are also launching a campaign to raise awareness of the new law, to ensure that drivers are aware of the increased penalties.

Chief Superintendent Andy Edmoston added: ‘We are using this change in the law to remind drivers that using a mobile phone while driving has always been unacceptable and even careful drivers can be distracted by a call or text – and a split-second lapse in concentration could result in a serious or fatal collision.’

Official figures from The Department for Transport state that using a mobile phone is the biggest cause of road fatalities in the UK, due to distraction and loss of concentration.